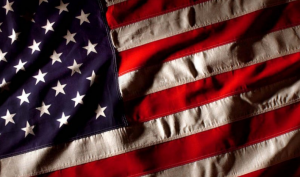 Old North Church and the National Park Service will be celebrating the 237th anniversary of Paul Revere’s Ride on Sunday, April 15 with a series of festivities that are free and open to the public.
At 6:00 p.m., the remaining tickets to the annual Lantern Ceremony will be distributed at the rear entrance of Old North Church on Unity Street.
At 6:30 p.m., the First Michigan Fife and Drum Corps will give a free concert on the Prado.
From 7:00 until 9:30 p.m. “Paul Revere’s Row” will take place on Pier 1 in the Charlestown Navy Yard. Activities include making paper lanterns, drilling with the Charlestown Militia, and if you can stay up late enough perhaps you can greet the famous Patriot himself! Light, historical refreshments will be served. The event starts at 7 p.m. and will last until Paul reaches the shores of Charlestown (between 9 and 9:30 p.m.).
At 8:00 p.m. Old North Church hosts the Annual Lantern Ceremony. This year, Old North is honoring the work of the Red Sox Foundation and Massachusetts General Hospital’s Home Base Program, which assists veterans returning from Afghanistan and Iraq. The keynote speaker will be General (Ret) Fred Franks. The lantern carriers will be children of soldiers on active duty in Afghanistan.
On Monday morning, beginning at 9:00 a.m., the City of Boston hosts a parade from City Hall Plaza to the Paul Revere Statue in Prado. The parade makes stops at the Kings Chapel and Granary burial grounds to lay wreathes at the tombs of Paul Revere and William Dawes. At the end of the parade, the city will give two riders, Paul Revere and an accompanying National Lancer, a proclamation to carry on their ride to Lexington.