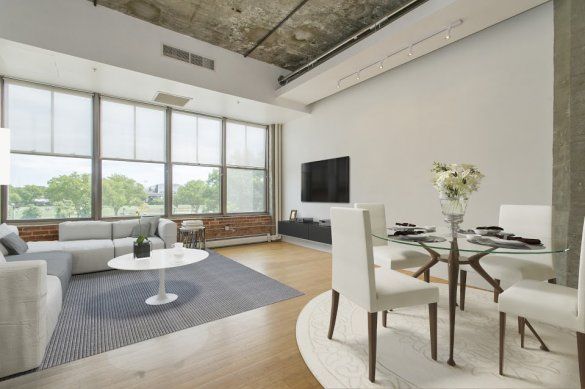 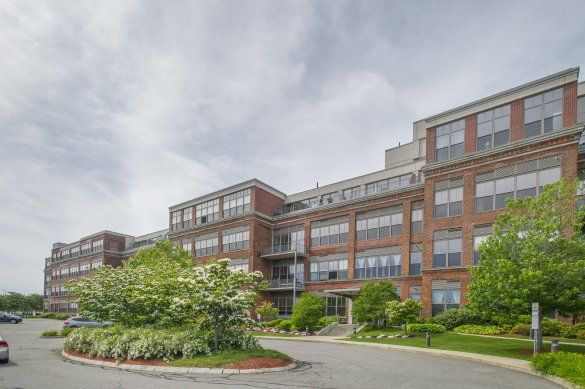 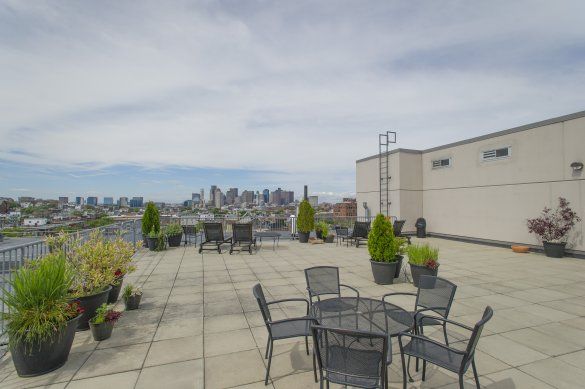 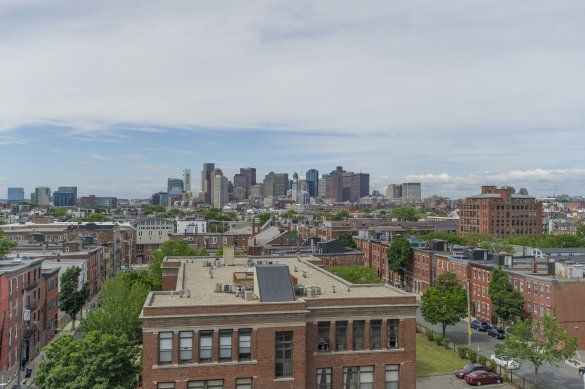 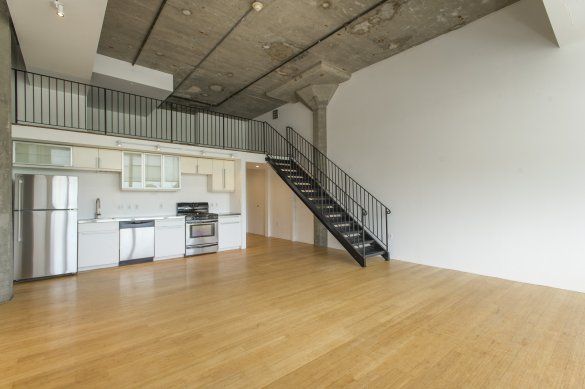 Porter 156 is located in the thriving Jeffries Point neighborhood of East Boston. The complex is professionally managed by the Barkan Management Company and contains 217 loft-style units. The building was originally constructed in 1910 then converted to condos in 2005. Porter 156 is one of the first luxury condominium buildings in East Boston and has been flourishing ever since their opening.

All of the units at Porter 156 feature soaring ceilings and open loft-style floor plans. There is a wide range of layouts throughout the building. The first and second floors of the building feature one bedroom units that range from 700 sqaure feet to 1,100 square feet. The third and fourth floors of the building have larger units with greater ceiling height in the loft space. Many of these units are over 1,000 square feet and several units have private outdoor space. Many of the units have great views of either Downtown Boston or Breman Street Park. Building amenities include on-site management, spacious common roof deck and garage parking. On the penthouse level of the building there is a stunning entertainment room with a full kitchen, which can be used by the residents of the building for meetings, functions, gatherings or just to relax at any time. It also features a flat screen TV and free wifi. Porter 156 is a pet friendly building with a brand new 40 acre multi-million dollar park directly behind the building.

Porter 156 is located in the heart of Jeffries Point within close walking distance to both the Airport Stop of the MBTA Blue Line as well as the Maverick Square stop. There are also great restaurants within a short walking distance including the renowned Santarpio’s Pizza and Ecco Restaurant and Lounge.

East Boston is a neighborhood of Boston, Massachusetts with approximately 40,000 residents. The neighborhood was created by connecting several islands using landfill, which was annexed by Boston in 1836. It is separated from the city proper by Boston Harbor and bordered by Winthrop, Revere, and the Chelsea Creek. Directly west of East Boston across Boston Harbor is the North End and Boston’s Financial District. The neighborhood has long provided a foothold for the latest immigrants with Irish, Russian Jews and then Italians alternating as the predominant group. From the 1990s into the early millennium, Latin American immigrants settled in East Boston. In recent years, East Boston has become home to a wave of young professionals seeking residence in Boston in newly renovated condominiums along Jeffries Point, Maverick Square, and the Eagle Hill waterfront. Jeffries Point specifically has become one of the most desirable neighborhoods, due to its location to the harbor, marinas, and Piers Park.