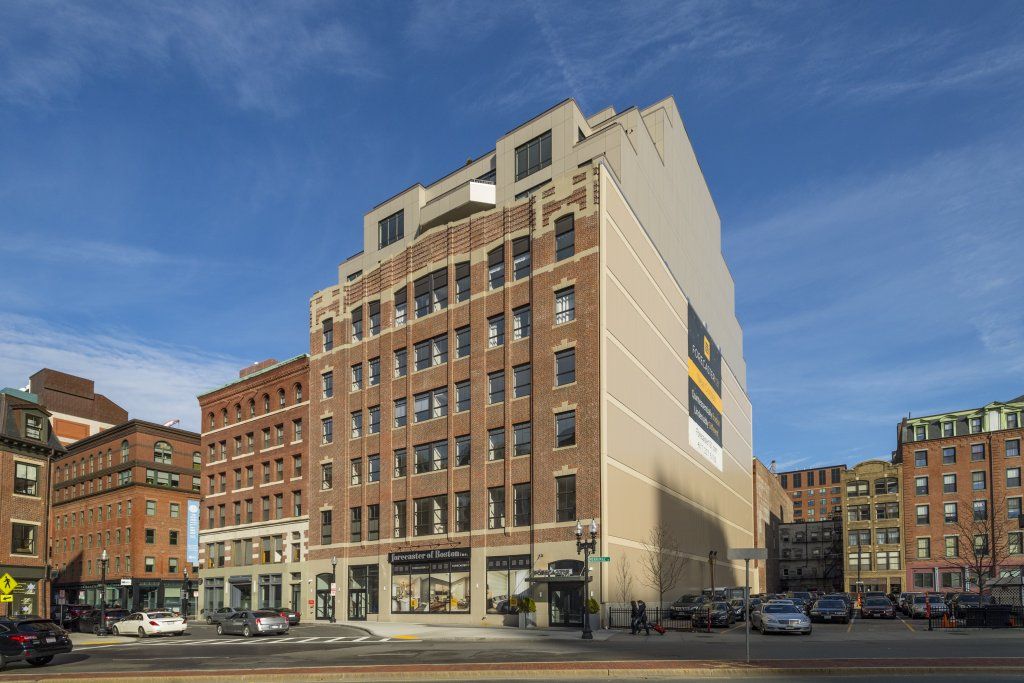 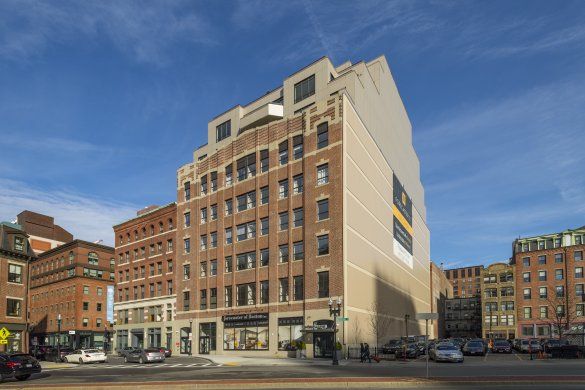 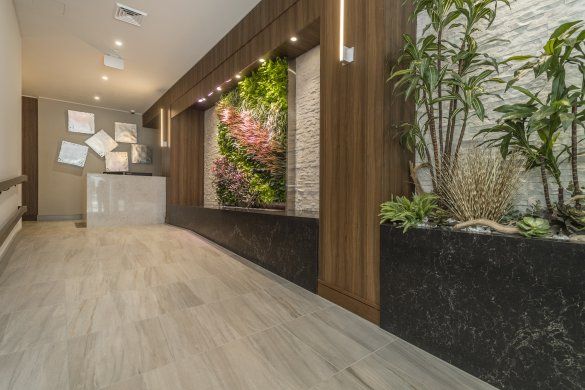 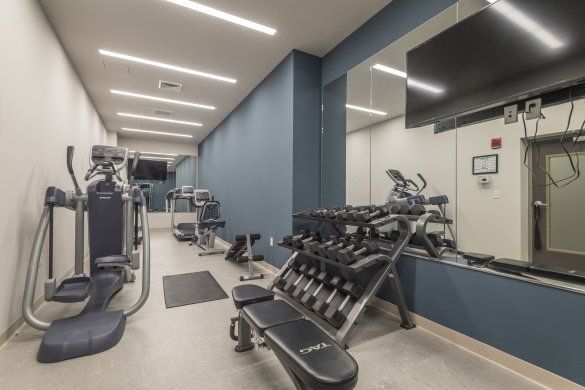 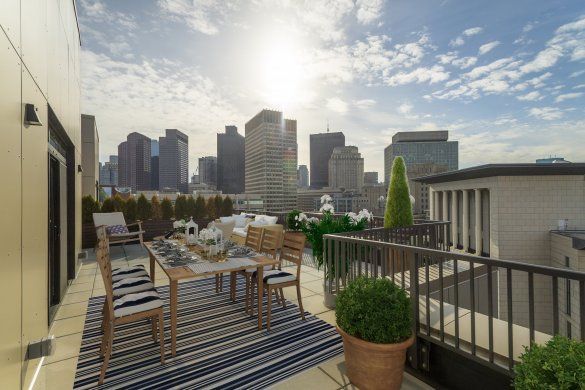 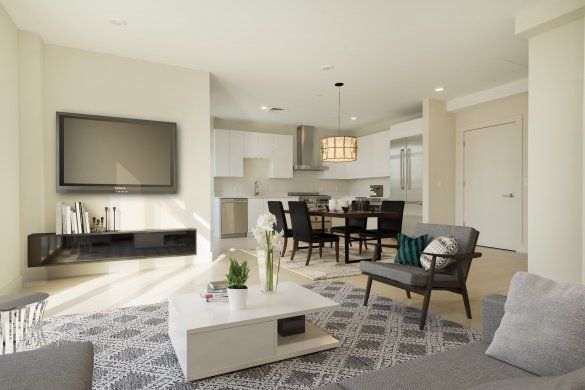 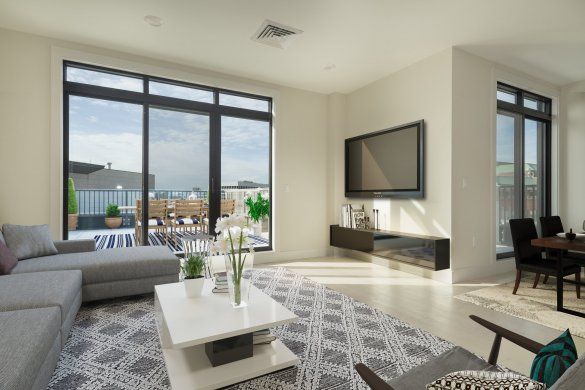 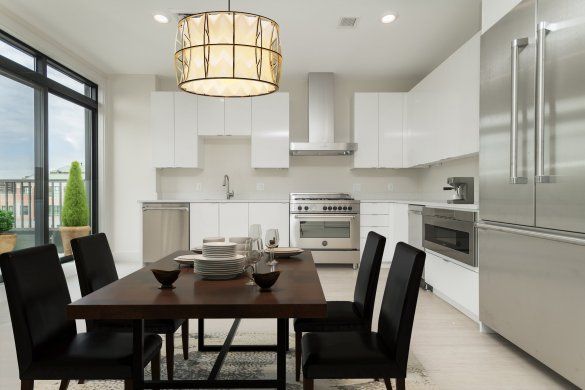 Forecaster 121, located in close proximity to Government Center and the TD Garden, is a new condominium complex in the North End.  The original building dates back to 1918 and consisted of six-stories.  Originally Forecaster 121 was the Forecaster Rain Coat factory.  The new project expands upon the original building by adding four new levels to create a ten-story building which will feature street level retail and office space.  The remaining nine floors consist of 80 high-end condominiums.

The homes at Forecaster 121 blend a unique combination of historic detail accompanied with modern finishes and loft-style elements.  The amenities of the building include 24-hour concierge and valet, fitness room, meeting room, secure bike storage, deeded storage closets and professional management.  The units at Forecaster 121 range from a 1 bedroom to a large 3 bedroom home.  2nd floor condos will have 12′ ceilings and 9′ windows.  Upper floor condos will have approx 10′ ceilings and 7′ windows.  There is also a light atrium that runs through floor 3-10, providing bedroom light for some of the units on those floors.  The upper-floor units will have private outdoor terraces.  There are 28 parking spaces available for purchase starting at $75k.

The North End is one of Boston’s oldest neighborhoods.  Home to Paul Revere’s house, the Old North Church, and the Copp’s Hilly Burying Ground, the neighborhood was built and continues to thrive on history and tradition.  But the North End is more than just a glimpse at the City’s revolutionary past; it is a view into old world traditions.  The North End became home to succeeding waves of immigrants during the 19th century, the last of which came from Italy and has left an indelible and charming mark on the neighborhood. In the shadows of the Paul Revere statue and the Old North Church’s signature spire, is a neighborhood with old world flavor and a commitment to Italian tradition. During the summer, weekend festivals line the streets in honor of a patron saint.  With a large number of authentic Italian restaurants, pastry shops, cafes, and small retail stores, the area is aptly referred to as Boston’s “Little Italy.”

Close to Forecaster 121 is the TD Garden, Boston’s premier sports and entertainment venue.  Since its grand opening in 1995, more than 30 million people have come to the TD Garden to see the arena’s famous tenants, the NHL’s Boston Bruins and NBA’s Boston Celtics, as well as world-renowned concerts, sporting events, family shows, wrestling, ice shows and so much more.  Home to approximately 200 public events annually, the TD Garden hosts well over 3.5 million people each year.

Forecaster 121 is in one of the most dynamic locations in Downtown Boston being positioned near the Bufinch Triangle, Boston Public Market, Boston’s Waterfront, North End, Government Center, and the West End.  Also within a short walking distance to Forecaster 121 is Beacon Hill, Faneuil Hall, the Financial District as well as the up and coming Downtown Crossing neighborhood.  Forecaster 121 is extremely accessible to major transportation points in the Downtown Boston area including highways and public transportation.  The building is a short walk to North Station.  In addition to the MBTA subway, North Station is one of Boston’s Amtrak terminals and a MBTA commuter train hub.

2 bedroom for rent in Forecaster 121

The North End is one of Boston's oldest neighborhoods. Home to Paul Revere's house, the Old North Church, and the Copp's Hilly Burying Ground, the neighborhood was built - and continues to thrive - on history and tradition...