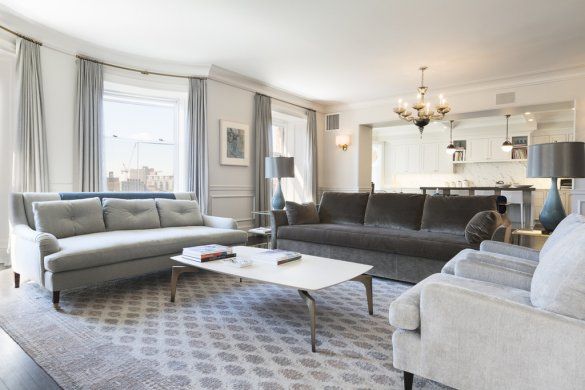 The Tudor is a full service concierge building with valet parking located next to the State House with great views of Boston Common and Public Garden or The Charles River. The Tudor is located on prestigious Beacon Street in Beacon Hill. The Tudor Apartments, designed by S.J.F. Thayer and built in 1885-1887, are at 34½ Beacon Street at Joy Street in Boston. Construction of the nine-story building so close to the Massachusetts capitol led to a height restriction law for the area. The Queen Anne-style building combines a variety of architectural styles. The design takes particular advantage of natural light on the Joy Street side of the building. Built as an apartment hotel, for much of the twentieth century the Tudor housed both apartments and offices. In 1999, it was renovated and converted into seventeen exclusive luxury condominiums.

The Boston Common and Public Garden are a pair of public parks in downtown Boston. Boston Common, established 1634, is one of the oldest public spaces in the nation, and the adjacent Boston Public Garden is a more manicured garden space which was established in 1837 on marshland that was filled in. The forty-eight acres form a pentagon bordered by Tremont, Park, Beacon, Charles, and Boylston Streets. From Colonial times to the present day, the Common has been at the center stage of American history. It has witnessed executions, sermons, protests, and celebrations, and it has hosted famous visitors from Generals Washington and Lafayette to Reverend Martin Luther King Jr. and Pope John Paul II. Today, the Common is the scene of sports, protests, and events large and small.

Beacon Hill, the last of Boston’s three original hills, was named for the sentry light raised on its peak. Today, Beacon Hill is one of Boston’s premiere historic neighborhoods and home to the Commonwealth’s government. Largely residential, the neighborhood is home to historic 19th century townhouses, many of which were designed by the famous Charles Bulfinch, architect of the State House and other Boston landmarks. It is a neighborhood of Federal-style rowhouses and is known for its narrow, gaslit streets and brick sidewalks.