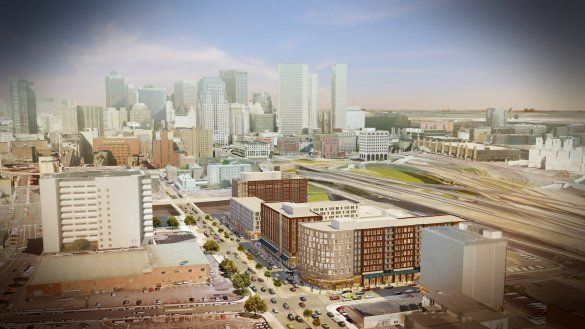 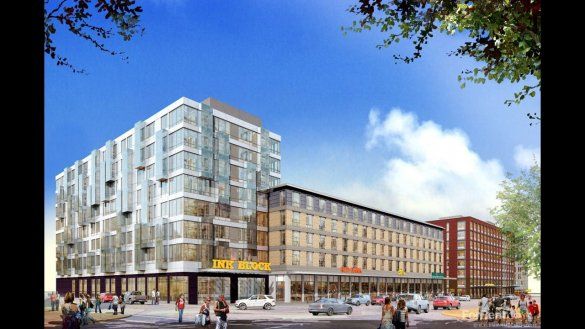 About Sepia Condos at Ink Block

Ink/Building 1 – Chic, modern, with floor to ceiling windows and stunning views of Boston.

Additionally, and perhaps most exciting for the South End and South Boston neighborhoods, The Ink Block will contain 85,000 square feet of new retail space that will be the new home for shops and luxury restaurants, and a 50,000 square foot Whole Foods, which opened in early 2015 and is a huge hit throughout the Boston community.

Other condo and apartment amenities include a fitness center, rooftop pool, outdoor living space, concierge, security, and underground parking.  Ink Block will have 411 parking spaces made up of 350 underground and 61 above ground.  Located next to all major transportation and access points for easy on-off living.

The South End was built on the filled tidal flats during the mid-1800s. The neighborhood was designed to attract the wealth merchant class, with large Victorian townhouses surrounding park squares. At the turn of the century, wealthier Bostonians chose neighboring Back Bay instead of the South End, opening the area to a diverse working class. The signature South End townhouses were carved into apartments and lodging houses. In the 1950s, the South End was selected as an urban renewal area, with scattered affordable housing developments constructed throughout the neighborhood. The area began to be revitalized by an influx of young professionals moving to the neighborhood, restoring the housing stock and turning many of the units into larger apartments, condominiums, and single family homes. The area’s commercial centers run along Massachusetts Avenue, Tremont Street and Washington Street and serves increasingly diverse populations. Popular upscale restaurants and art galleries have added to the area’s unique character.

The South End was built on the filled tidal flats during the mid-1800s. The neighborhood was designed to attract the wealth merchant class, with large Victorian townhouses surrounding park squares...