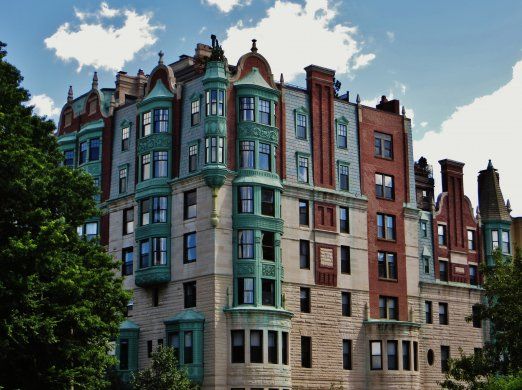 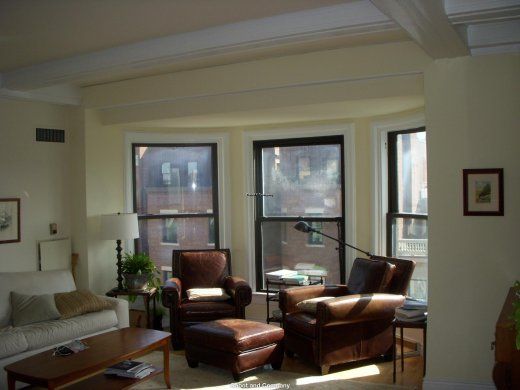 The Barnes Mansion, also known as Charlesgate East, is located at 10 Charlesgate East.  The Charlesgate East is a historic stone building with beautiful original details.  Built in 1891 by architect John Pickering Putnam, this spectacular Gothic Revival structure on Charlesgate Park is truly one of the most striking building in all of Boston.  The building combined what was at the time the largest single family home in Boston with the most luxurious residential hotel  in the Northeast.

Charlesgate East is ideally located  between Back Bay and Kenmore Square and has 24 condos on 7 floors.  Charlesgate East was completely renovated and converted to condos in 1997.  Residences at Charlesgate East feature many of the building’s original details, including bay windows, hardwood floors and fireplaces with original mantles.  Some of the building’s features are a period lobby with elevator and chandelier, a common room that is set up as a library, an original fountain and a beautiful landscaped common courtyard.  Units at Charlesgate East range from a 1 bedroom with 600 square feet to a 3 bedroom penthouses with 2,100+ square feet and a private roof decks.  Many of the upper floor homes enjoy views of the Charles River and across to Cambridge.

Beginning in 1857 and continuing until 1880, Back Bay, the body of water separating Boston from Brookline, was filled, adding 450 acres of land to the city of Boston. Today it stands as one of the City’s premiere neighborhoods. Marked by historic and exclusive boulevards, such as Newbury Street and Commonwealth Avenue, Back Bay is home to the northern portion of the City’s Emerald Necklace, the green space that threads its way through the inner core of the city. The neighborhood is also one of the busiest retail sections of Boston, with a thriving commercial center along Boylston and Newbury Streets, and including the nearby Prudential Center and Copley Place.

Restaurants near Charlesgate East include Eastern Standard, Capital Grille, Sonsie and Island Creek Oyster Bar.  The building is a short walk to the Commonwealth Avenue Mall, The Charles River and Esplanade, Bolyston and Newbury Street, Kenmore Square and Fenway Park, home of the world champion Red Soxs.  Charlesgate East also enjoys easy access to Storrow Drive, the Mass Pike and Route 93 as well as to the MBTA Green Line.