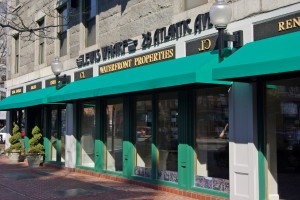 CL Waterfront Properties formidable office has found themselves among the top eight real estate firms in the city of Boston in 2012. Selling an astounding $66 million year to date with another $9 million currently under agreement. Similar to the Battle of Thermopylae where the outnumbered Spartans were able to fend off the Persian army, this boutique real estate company has outmatched many of the larger national real estate corporations in multiple categories. One statistic where CL Waterfront Properties truly wins the battle is in direct sales. Since the first of the year CL Waterfront Properties has managed to sell 43% of their listings to their own clients, saving sellers tens of thousands of dollars. Just to give you an idea how outmatched the competition is in the statistic, the next closest competitor among the top ten firms only managed to sell 25% of their listings direct. This mean, lean team operates like an investment banking team. A new model for the way real estate is done in Boston.