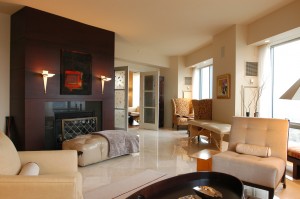 A well-known Chinese newspaper, World Journal, recently reported about the Massachusetts housing market.  As the newspaper stated, “…whether million dollar homes or renovation of housing investment, more than one-third of all transactions were cash.” The luxury Boston real estate market has been kept in good stead largely by these prominent cash transactions.

The paper also reported on CL Waterfront Properties, LLC’s sale of the Ritz Carlton Boston condo which belonged to former Red Sox superstar Manny Ramirez.  This sale by Carmela Laurella was $5.550 million, the most expensive condo sold at The Ritz-Carlton in 3 years, and the 3rd most expensive condo sold in Boston this year.  This highly sought-after penthouse closed for over $1,250 per square foot.

To find out more or to get your own Ritz Carlton Boston or other Boston luxury condos, contact CL Waterfront Properties today.

CL Waterfront Up to Bat for Manny Property 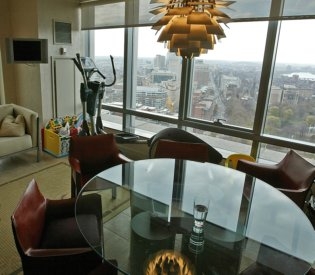 Sure, Manny Ramirez’s track record has been… eccentric.  After all – it is Manny being Manny.  But that doesn’t mean the same should go for the former Red Sox heavy hitter’s Boston luxury property.

After six years of on-again, off-again efforts to sell his Ritz-Carlton Boston penthouse, he now has it up for rent at $24,000 a month.  And who else better to manage the property than our very own president and broker, Carmela Laurella.

“We had a couple of offers last summer and rented it now for a very, very good amount, so we’re very confident that we can sell it this year,” she said.

The Boston luxury penthouse will be back on the market in July.

For more, check out the Boston Herald article here, “Manny rents out Ritz digs for $24G a month”, and be sure to visit Carmela Laurella’s exclusive Boston luxury property listings.

For $24,000 a month, this fabulous penthouse features four bedrooms, five and half bathrooms, stunning views of Boston, as well as an 800 sq/ft deck that overlooks Boston Common, Back Bay, Beacon Hill, and the Charles River. All residents of the Ritz Carlton enjoy full hotel services in addition to access to the Sports Club LA and hotel restaurants. 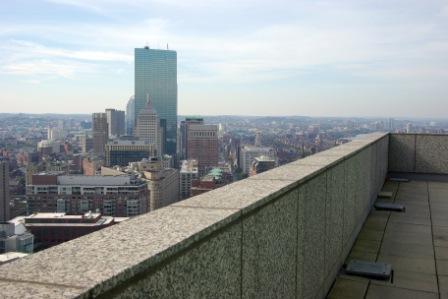 If you would like to find a beautiful Boston waterfront building or Boston luxury building, then contact CL Waterfront Properties LLC today. One of our knowledgeable agents would be happy to help you find your new dream home! 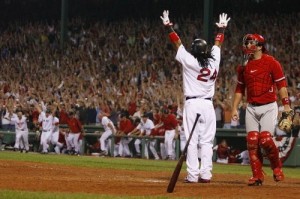 Really? Is this guy ever serious about anything?

Leaving that larger cosmic question aside, former Sox slugger turned Dodger Manny Ramirez is finally ready to cut a deal and sell his 4,500-square-foot penthouse atop one of Boston’s top condo towers, his latest broker contends.

This news, if you can call it that, comes after eight years of rather bizarre efforts by Manny and a merry-go-round of local brokers to unload his 37th floor condo palace atop the Residences at the Ritz-Carlton.

John Ford, a top downtown broker, offers a short but amusing chronology of Manny’s many sales efforts over the years on The Boston Real Estate Blog.

It is a puzzling pattern that stretches all the way back to 2002 and has seen Manny and his various brokers put his condo and then pull it off the market at least four times at prices ranging from $6.9 million to nearly $9 million.

My favorite: Putting his condo back on the market in the depth of the real estate crash last year for a hefty $8.5 million, a $1.6 million increase over its price back in the boom year of 2005.

My assumption was that Manny hasn’t sold yet because he simply can’t find a buyer willing to play the fool too and shell out nearly $8 million or more for a condo he originally bought for $5.8 million in 2001.

No, Manny had serious offers, really good ones, but he just wasn’t ready to part with his precious Ritz penthouse, notes Carmela Laurella, who has taken over the listing.

Laurella is speaking with some experience, having previously marketed Manny’s pad for luxury condo marketing and research shop Otis & Ahearn.

Now she’s on her own, and has won back the listing after Manny went out to market again in search of a new sales team.

She’s pledging to knock herself out to finally get Manny’s condo sold, even talking of a sale by the end of summer.

But there are serious problems with Laurella’s attempt to paper over Manny’s antics. Asked why he wasn’t previously serious about selling, she argues Manny was still playing for the Sox and wasn’t ready to cut ties with the Hub.

No matter that Manny donned Dodger blue back in the summer of 2008.

But here’s the bigger problem. Serious or not, Manny may have really messed this one up big time.

On the plus side, demand for multimillion-dollar downtown condos is finally showing signs of life again after an abysmal 2009.

Manny’s Ritz penthouse was one of a kind when he bought it back in 2001. The newly minted condo tower near the Common was pretty much the only game in town.

But guess what? There have been a whole lot of pricey downtown condos built since then, with a lot for buyers with millions to blow on such units to pick from.

The posh Mandarin Oriental has a number of condos back on the market, while the deluxe W Boston and Clarendon both recently opened with lots for wealthy buyers to pick from.

Competition aside, Laurella insists Manny’s skyrise penthouse is one of the top five condos in Boston.

If the problem really has been getting Manny serious about selling, then we will find out the truth of that pretty fast.