The Boston Redevelopment Authority and North End/Waterfront residents continue to argue over a Waterfront perch at the tip of Boston’s Long Wharf. This dispute dates back to 2006 when the BRA was in favor putting a restaurant and tavern at the tip of Long Wharf. In 2007, a restaurant called Doc’s had the necessary permits and liquor license for the site. A state permit for the Waterfront site was obtained in 2008; however, a Superior Court Judge dismissed the state permit in 2011. 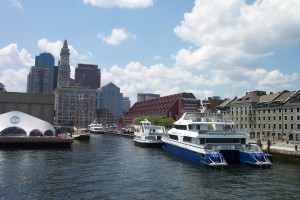 North End/Waterfront residents feel that the land should maintain its original use as a public park. The BRA feels otherwise. According to the Boston Globe, the BRA maintains that the 1970 eminent domain taking of Long Wharf as part of Boston’s Urban Renewal Plan is satisfactory for a new development. The Supreme Judicial Court will hear arguments from both parties on November 5th, 2012. Whatever the outcome may be, the events leading up to a decision will certainly be worth watching. For more information on the Long Wharf dispute, contact CL Waterfront Properties.