The Boston Bruins Love the Waterfront 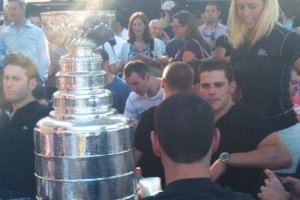 Bruin's Celebration with the Stanley Cup on the Waterfront

The Bruins are the Toast of the town and their preferred choice of living is The Waterfront/North End. With over a half dozen players and their families living within a ¼ mile radius, the Waterfront/North End has become one of the favorite places to live in the City. With full service and prestigious buildings like Battery Wharf, Burroughs Wharf, Union Wharf all surrounded by Boston’s beautiful Harbor, and with over 100 restaurants and bars just steps away, The Waterfront/North End neighborhood is a great place for your next home. Don’t miss out on the Next Stanley Cup Parade in June, just in time for Summer on the Waterfront! 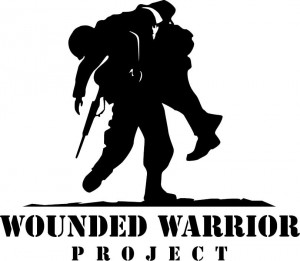 Lucia’s Restaurant, in the heart of Boston’s old North End, is hosting the “Wounded Warrior Project Fundraiser” on January 19, 2012 from 6 p.m. to 10 p.m. The intent is to raise $15,000 for wounded soldiers returning from the front lines. Of equal importance, is to highlight the sacrifices made by those in military service.

Part of the fundraising event is a raffle for items including a signed Bruins jersey, signed Bruins hockey stick and a pair of tickets to a home game of the NHL Boston Bruins. Tickets for the raffle are already on sale at Mangia, Mangia restaurant and at the Hanover News. A silent auction is also planned. Appetizers are provided by Lucia’s Restaurant.

The authentic Italian eatery is within walking distance of some of Boston’s most treasured landmarks. One is the Paul Revere House, dating back to 1680 and home to that famed rider of the same name. Another is Old North Church, otherwise called Christ Church, built in 1723 and from which two strategically placed lanterns are credited with officially starting the American Revolution. It is the oldest Boston church still standing.

This historic part of the city is also home to some luxury Boston real estate. Within walking distance of Lucia’s is the brick and glass façade of Lincoln Wharf, a high-end 119-unit condominium offering luxurious surroundings and stunning waterfront views. Also nearby is Battery Wharf, offering one, two and three-bedroom condominiums on a coveted stretch of Boston waterfront real estate. The complex shares the wharf-side space with the Exhale Mind Body Spa, the upscale Aragosta Bistro and the Fairmont Battery Wharf Hotel.

Boston’s Old North End is also a draw for outdoor enthusiasts. Paul Revere Mall is in the center of the neighborhood and features an equestrian statue of the revolutionary, along with plaques dedicated to other Bostonians involved in the struggle. On the southern end, near even more examples of Boston luxury condos, is Christopher Columbus Waterfront Park, opened in 1976 to celebrate the bi-centennial. It is the perfect place for an impromptu picnic or a stroll along the Harborwalk.