In part of a 4th of July tradition, the U.S.S. Constitution raised its colors, hoisted its sails and left port from the Charlestown Navy Yard for its annual turnaround.  “Old Ironsides” is the oldest vessel still commissioned in the United States Naval fleet.

In the Boston Harbor last Monday, the warship sailed along the Boston Waterfront until it reached Castle Island where its crew conducted a 21-gun salute from its battery of canons before turning around and returning to its home for another year.  Here’s a video of this year’s event.  Doesn’t get any more patriotic than this… Happy Birthday, America. 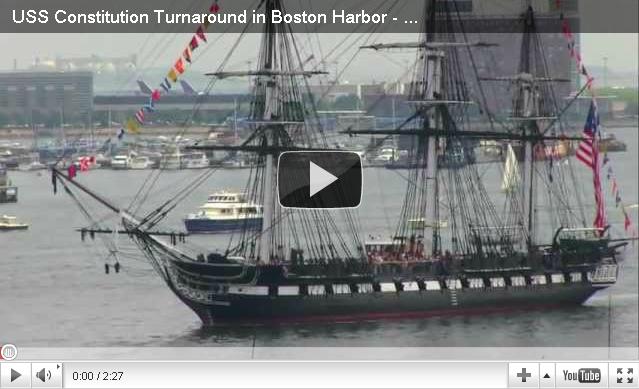