Unfortunately for many New England communities, “Old Man Winter” crashed the Halloween festivities, leaving millions without power and parents having to cancel trick or treating this year.  But not the North End.  Despite Jack Frost’s early visit, the North End community continued with the 2011 Halloween Parade, sponsored by the Madonna Della Cava Society and City of Boston Special Events, and strolled through the waterfront neighborhood streets with the Saint Alfio’s and NorthEast Italian Band leading the way and families of little ghouls and gals trailing behind.  The band trumpeted such classics as Mickey Mouse, When the Saints Come Marching in, and more!  The North End and Waterfront fun continued with inflatable bouncing entertainment, DJ music and family activities. 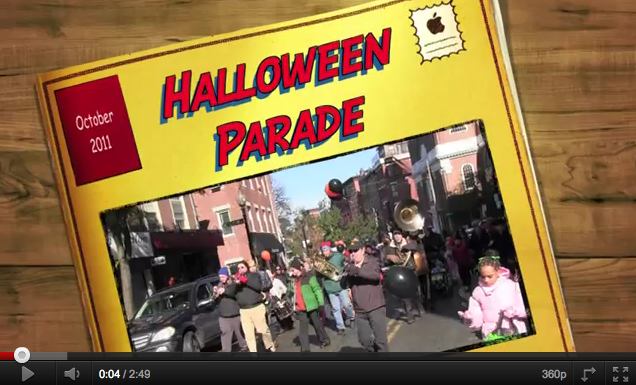