Developer Don Chiofaro, owner of the Boston Harbor Garage, has been pushing to build a tower on the current site greater than 600 feet and encompassing more than 900,000 square feet. However, it appears last week this dream will not come to fruition as the Boston Redevelopment Authority has stated they are not willing to compromise and allow for a development greater than originally outlined. The developer’s stance is that he needs to build a tower higher and containing more square footage in order to make the endeavor profitable. Chiofaro has stated that the project needs to be 1.1M square feet in order to make the development economically feasible. This is not a point of view the BRA agrees with or is sympathizing with. Even with a 600 foot tower and 900,000 square feet the development would be among Boston’s largest. Chiofaro and his team state that they will continue to pursue other avenues in an attempt to gain approval for their proposed building. 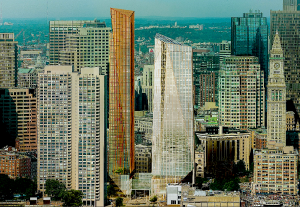