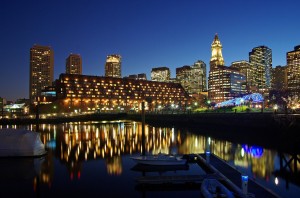 Sales throughout Boston have been booming over the past year and are currently the highest they have been over the past five years. An increased confidence in the market accompanied with low interest rates has driven both the volume of sales and sales prices up. In 2012 there were nearly one thousand more properties that transferred hands in the downtown market than the year prior. Median prices of sales in the downtown market have also seen a significant increase of over five percent from 2011. The Waterfront was a large contributor in the overall success of the Boston market place boasting the second highest median sales price in the city (1). January has continued the trend of the previous year proving to be a very strong month with many noteworthy transactions on the Waterfront and throughout the city.