Boston Home Values on the Rise 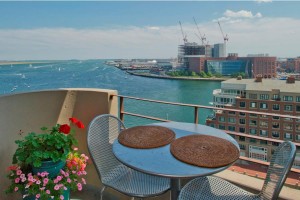 Boston home values continue to rise for the fourth consecutive month. From June to July, Case-Shiller, shows that home prices have increased by 1.8 percent which is more than the national average. Low inventory, strong consumer confidence and low interest rates have added to the strong upswing that we have seen in the market over the past four months. Sales prices have shown an increase of an astounding 24% during the first eight months of this year in comparison to the first eight months of 2011. Specifically condominium sales in the state have shown the largest increase in volume with a 40% rise from August last year to August of 2012. Experts studying the economic climate have stated that the housing market has stopped the downturn and are expecting a continued rise. The biggest challenge currently facing the real estate landscape is a continued lack of inventory. Now is an opportune time to list your home for sale. With demand and home values on the rise now is a great time to get the highest possible price for your home. Contact CL Waterfront Properties, LLC to learn how you can sell your home in this rejuvenated market.